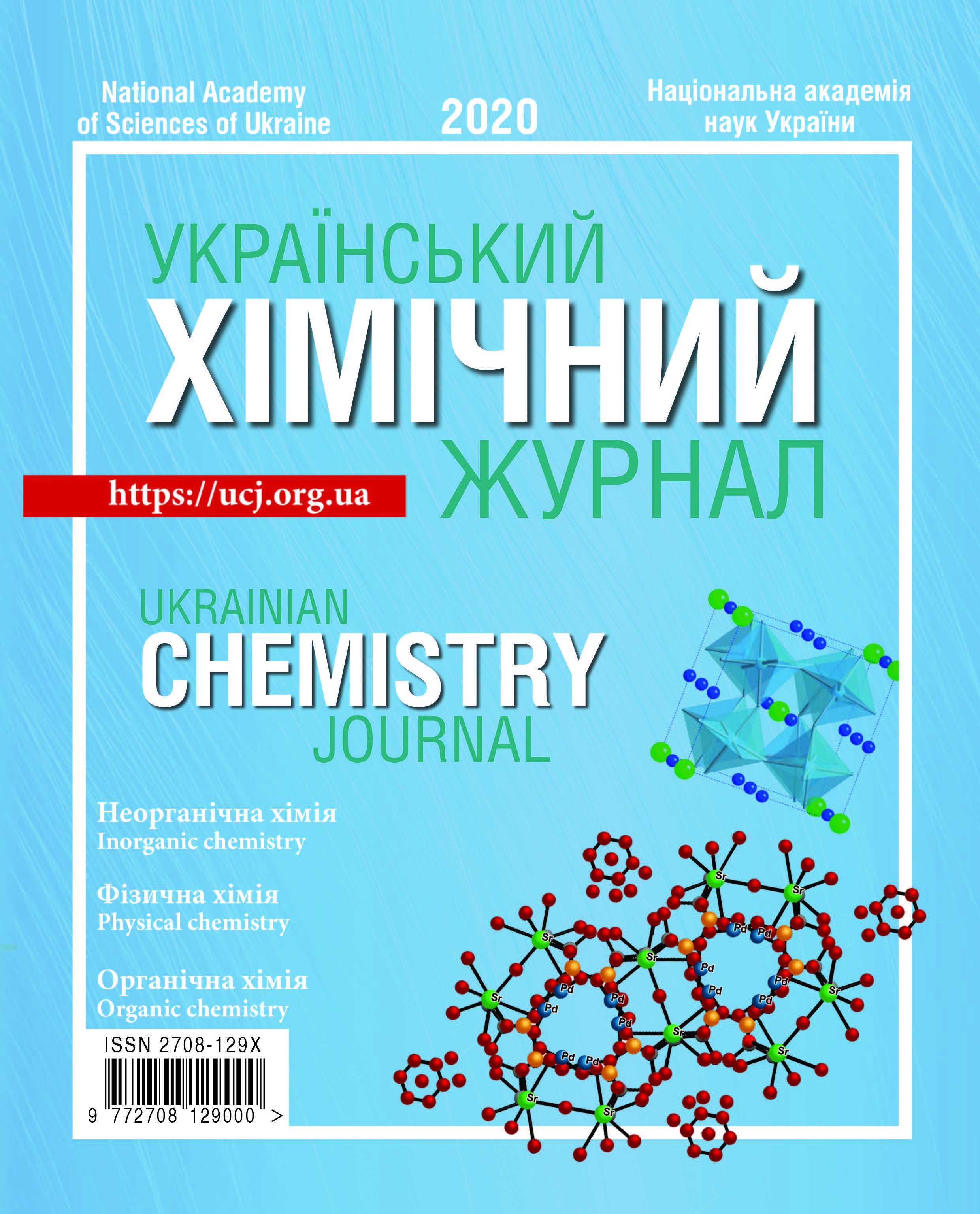 Published from the year 1925

The Ukrainian Chemistry Journal is one of the oldest and single chemical journal in Ukraine, which publishes original and review articles on advances in theoretical and applied problems of modern chemistry, covering many of its sections, especially inorganic and physical chemistry, electrochemistry, analytical chemistry, chemistry of organic and high - molecular compounds. In the framework of the fundamental sections of chemistry, the journal publishes original articles on the problems of inorganic, physico-inorganic, structural and supramolecular chemistry, physical chemistry of melts, chemistry of complex compounds and solids, ion exchange, catalysis, electrochemistry of aqueous and non-aqueous electrolytes, functional inorganic, organic and polymeric materials, on the problems of eco-friendly "green" chemistry and chemistry of aqueous solutions. The journal was founded in 1925, thus, it is the second in the territory of the former USSR. The founders of the journal are the Ukrainian National Academy of Sciences, V.I. Vernadskii Institute of General and Inorganic Chemistry of the NAS of Ukraine and T.G. Shevchenko National University of Kyiv under the Ukrainian Ministry of Education and Science.

From 1966 to 1992, the journal was called Soviet Progress in Chemistry, and from 1992 to 1999 it had the title Ukrainian Chemistry Journal / Ukrainskii Khimicheskii Zhurnal (ISSN 1063-4568) and was reprinted in full and distributed first by Faraday Press Inc. (until 1967), and then by Allerton Press, New York.